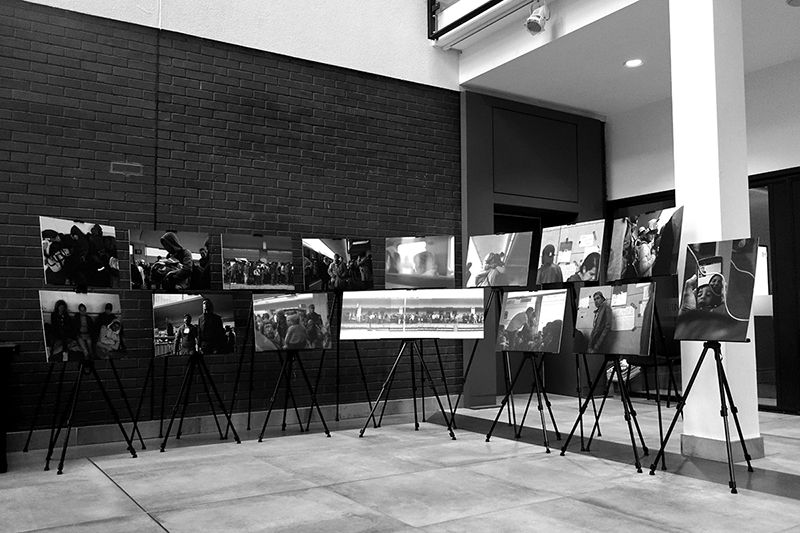 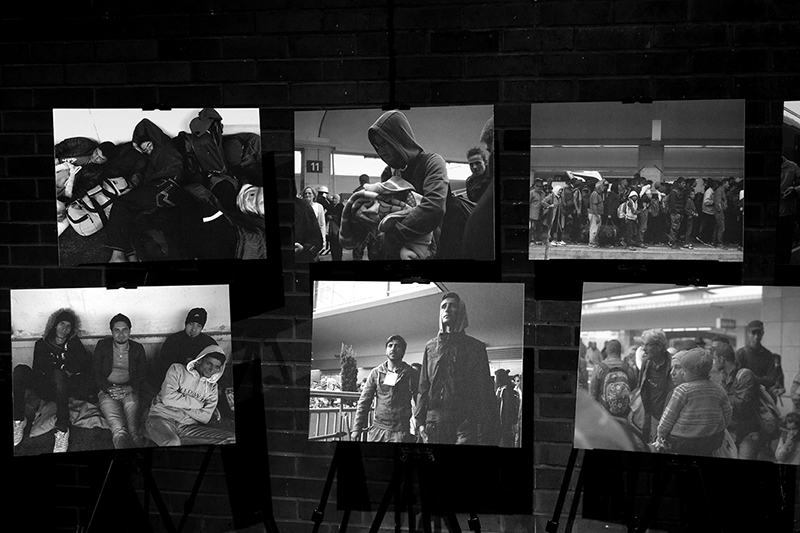 I came here with my daughter Haruka, she is just 7 years old. For Haruka, this is the first time to travel abroad. And also, It is also the first experience for her to be away from her mother.  Just before leaving our home, as packing up things to travel, we talked each other. “if you lost, and to be apart from your father in unfamiliar place, what could we can do ?” She was listening her father so quietly, a bit seriously. And we discussed some ideas. But, soon, I looked into her eyes, and said,
“It is all right, It’s gonna be a wonderful trip, I won’t let you go”.

Looking back my experience in September 9th, 2015. At the Vienna West Station. When I was traveling from a small city in Austria to my home, I was suddenly caught up in the crowd traveling from the Middle East to the Western Europe. There were so many people, families, and children on the platform. Now I can imagine that they were maybe having same conversations,  Just like me and Haruka talked  before we set off to Britain. “It is all right, It’s gonna be a wonderful trip, I won’t let you go”.

Many Hand written posters, and messages were put up on the wall of the station. “Welcome Refugees”. So I could get to know they were people who were forced to leave their own country. Lots of students, volunteers, were helping them, trying to find the train to go to the distination they want, providing water, breads, bananas, coffees, and toys for children. The Station was just like a temporary refugee camp. All age groups, different faces and different languages were existing.

I looked my watch, and found I had 3 hours to go to the airport. So I decided to stay at  the platform as long as possible. I just wanted to stay here, stay in the crowd, and to listen their voices. We were waiting to transit, floating in the air. Some people started to talking to me.  I found they were coming not only from middle east, like Syria, but also from Western and South Asians for different reasons.

A young guy was talking to me with a very fluent English.  He said, “Since I have a master degree of engineering at university, so I would like to work in Europe to use my skills” and he asked “So many people are heading to Germany, so I think, it is a good for me to go to Netherland, what do you think? “ And he was talking to me his future, and a dream. “Try to find what I can do for my country.”
I felt that it was just like an ordinary conversation with my close friend.
When I saw families, friends, or neighbours, with holding heir children, and chatting, eating, and laughing. Gradually, I almost forgot where I was, and forgot that they were the people called “refugees”. Because it was exactly like the scenery I would see on a holiday. There was a father talking with his wife and son who left in their country by mobile phone. It overlapped myself, when I was traveling Vienna West Station.
And, I thought in the huge human waves filling the platform, What if I lost my passport right here, how can I prove my own identity ?  Passport would become only a piece of paper to prove my presence. I felt like as if I was a small sand grain on the beach, and felt the place I stand was really fragile and transitory.

At that moment, one young man, perhaps he was a volunteer, spoke to me. “Welcome Europe, do you know where the water is?  Are you fine ?”  He had misunderstood that I was one of the refugees from the Far East. He was just a bit tearful. But somehow I could not say to him, “I am not a refugee.”  Just only said  “Thank you”. He misunderstood ?  No, I did not think so. Because I could be one of them, I would be a refugee of the world.

A train heading to Germany slipped into the platform. People ran away and rushed to the train. One of children who I was playing on the platform, finally could get on the train with her family. I followed her as she got on the train and got her seat.  She waved her hand to me. Her smile was a totally different from the one that showed me when we were playing on the platform.I captured her on the train through the window. It was a thin glass window which aparts us now. We were both going somewhere . I had a place to go, but she did not have anywhere. I was just confused.

Now, The number of people, who are forced to leave their own country against their hope, the number have reached almost 66 million. This number is more than World War II record.
Half of them are children under the age of 18. And, there are nearly 80,000 children lost their parents during the journey. However, even if I hear this massive number, I can not visualizing  it. This political and social situation is something far beyond me.
But there is one thing I can do. That is to keep looking at the pictures I have taken. The girl in a picture. And I can imagine and asking her, “where are you ?  Are you fine?” She is somebody I know now. She is not one of the number. Because we have already communicated even in a very short seconds.

Fortunately, pictures I have captured at Vienna West Station in 2015, exhibited at the art festival setting up at ex-refugee camp in 2016. Anand Bhatt, a Producer of Aakash Odedra Company, looked my exhibition, and he invited me to Birmingham tonight. I sincerely appreciate that we can share our experiences. We can hand our personal experiences, feelings directly from person to person , from hand to hand, from eyes to eyes.  It is most important thing now days in our socirty, I think.  This is why we need “art”  in our life.
We are so fragile. We are tiny pieces floating, transiting, traveling around the world. But I believe in the great power born by connecting our tiny exsistences.

Thank you so much for your kindness and cooperation by Anand, Michelle, Aakash Odedra Company, and thank you, Haruka for traveling with me.
“It is all right, It’s gonna be a wonderful trip, I won’t let you go”. 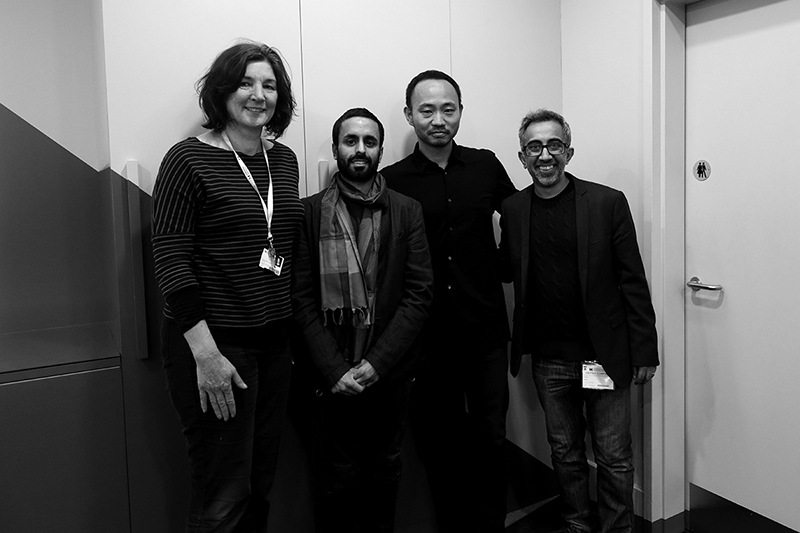